It is no news to many companies looking to increase their leads and customers, find documents they need for research, or even monitor competition in their field, that data scraping is one of the most effective ways to get otherwise tricky, voluminous, or sometimes hidden data into your hands for whatever purposes, be it personal or business. Using certain scraping companies, it is as easy as entering a few data queries and in a matter of hours or days, BOOM, you have all of the pertinent data for your query in your hands. Professional data scrapers are exceptionally powerful means for cutting through the gunk of an increasingly congested global web.

However, with great power comes great responsibility. One can easily overstep their bounds when web scraping on social media platforms and land themselves in a great deal of trouble. In a recent example, LinkedIn took matters to court when they noticed a number of fake profiles had been created for the purposes of data scraping. LinkedIn claimed that these profiles violated the (rather controversial among web companies) US federal Computer Fraud and Abuse Act (CFAA). This is no news to many companies looking to increase their leads and customers, find documents they need for research, or even monitor competition in their field, that data scraping is one of the most effective ways to get otherwise tricky, voluminous, or sometimes hidden data into your hands for whatever purposes, be it personal or business.

Using certain scraping companies, it is as easy as entering a few data queries and in a matter of hours or days, BOOM, you have all of the pertinent data for your query in your hands. Professional data scrapers are exceptionally powerful means for cutting through the gunk of an increasingly congested global web.

The suit is ongoing, so we will have to wait and see the results. However, LinkedIn has protocols and measures in place to prevent fake profiles for scraping purposes, which is exactly what the defendants allegedly circumvented.

The issue with the LinkedIn example is that they did not want people scraping the profiles of their users, but it is not made public what the purpose of scraping profile data was for. LinkedIn claims they are not opposed to data scraping, as it is used heavily for SEO, but that the perpetrators went around security measures in place to prevent unwelcome scraping. Was it a potential competitor trying to recruit users from LinkedIn? Was it being used for nefarious purposes like cataloging a list of intelligence professionals? Either way, it went against what LinkedIn permits or not.

And therein lies the rub: While most social media sites do not prohibit simple web scraping, no matter what one needs to make certain that their scraping is permitted by the website, and that doesn’t go only for social media, but every website.

Simply put, LinkedIn doesn’t allow data scraping without permission or by circumventing their robust security, but the defendants went ahead and did it anyway. That being said, this does not mean that data scraping a social media website is in and of itself an illegal act. As long as you are permitted to scrape a site, and use the data for non-competing purposes, you should be in the clear. If unsure whether permitted or not, the answer is always ask.

When done ethically and within the user terms of a social media platform, social media data scraping is not only perfectly fine to execute, but invaluable for many organizations. So, now that one knows how not to go about web scraping data from social media sites, what purposes can the data be best used for, and without legal quandaries?

When performed within the boundaries of a social media site’s user terms (and most don’t have issue with this) data scraping for online reputation management (ORM) is an enormous time-saver for companies. Who doesn’t find it valuable to find out what people are saying on social media about their brand?

This is especially valuable for mid to large-sized companies with a heavy social media presence. With the launch of every new product, or news of an existing product’s unfavor with the public, web scraping can keep the company informed of what the public is saying on social media, and quickly. This is advantageous for both sides of the reputation coin, because it allows companies to swiftly respond with PR or advertising augmentation to either propel positive brand reputation or repair a damaged reputation. Everyone makes mistakes, but the sooner you can clean up a mess the sooner the public will forgive and forget.

If one was to sift through every social media channel, and search for every brand or product mention individually, well, you would be busy for the next few years. As of earlier this year, over 2 billion people are using social media. This is one of the cases where data scraping truly shines.

Using a data scraping service (or tool yourself if you are highly experienced in the field) cuts the time spent searching for social media mentions down to a fraction. Companies can ascertain their ORM strategy in a matter of days (or even hours) upon receiving the data. This is quite the boon for both promotion and damage control.

Identifying and Connecting with Target Demographics

People of all ages have social media profiles these days. As of last year, the vast majority of adults of any age have a Facebook account. Again, as with ORM, sifting through all of this data manually would take longer than it is worth. Data scraping allows you to identify quickly who is mentioning your product on social media, and their age, geographic location, other interests, and their reach on social media (friends, followers, how often they post, how many likes, etc.). This gives companies a tremendous advantage for shaping their marketing campaigns to match others that could perhaps be their ideal customers.

Further, data can be scraped to identify the social media users in the target demographics that aren’t yet customers. Following scraping social media, an organization now knows who their ideal potential customers are, and can formulate a marketing strategy or direct messaging to communicate with these potential buyers.

Don’t Ignore the Power of the Scraping

As we mentioned earlier, with great power comes great responsibility. The potential of social media scraping cannot be underlined enough, but only if executed within the terms and user agreement with the platform. That being said, if you go with an experienced data scraping service who knows how to superbly scrape social media while also playing by the rules, your organization should have nothing to worry about. 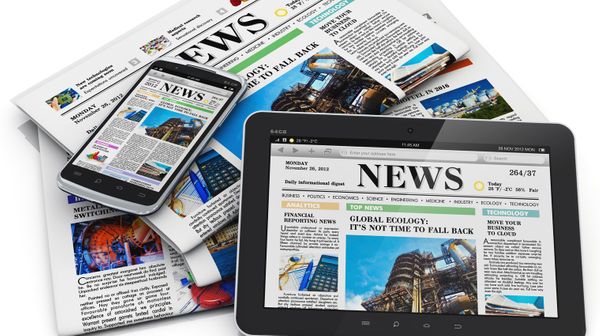 In our increasingly digital age, more and more businesses are conducted online. Oftentimes, a company’s website is the main conduit through which consumers keep contact with the company. This 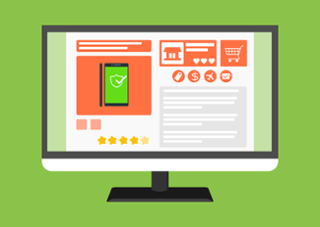 Some call it theft, others call it legitimately gathering business intelligence – and everyone is doing it. In the age of Big Data; companies realize its value in the eCommerce